The Execution of Elizabeth Gaunt in 1685

The execution of Mrs. Gaunt was a horrible affair. It is one of the blackest in the catalogue of crimes with which James II stands charged in history. Elizabeth Gaunt was a Baptist lady, resident in London. Her life was a series of charitable acts. She was constantly engaged in visiting the jails, and administering succour, according to her means, to the distressed and unfortunate.

On the discovery of the Rye House plot, one Burton, who was deeply implicated in it, and for whose apprehension a reward of £100. was offered, found shelter in her house. She assisted him to escape to Holland, where he lived some months. He returned to England with the Duke of Monmouth, and was at the battle of Sedgemoor.

After wandering about some time he obtained concealment in the house of John Fernley, a barber, in Whitechapel, London. Fernley was a pool man, but though he knew of the reward that had been offered for Burton’s apprehension, he would not betray him. Much as he wanted money, his honour was not to be sold. That noble feeling cost him his life.

The wretch Burton learned that the king was peculiarly exasperated against those who harboured traitors. He informed against both his protectors. They were brought to trial and convicted. Fernley was hanged, Mrs. Gaunt was burned alive, that being then the punishment of females for this offence.

The only witnesses against her were the villain Burton and her own maid-servant; but the girl was ignorant of Burton’s character and position, and could only testify to the concealment, so that the law’s demand, requiring two witnesses, was not satisfied. But the judge who presided at the trial over ruled the exception taken on this account, and a verdict of “guilty” was brought in, in opposition to right. The good woman suffered the terrible punishment in such a manner as to excite strong sympathy in her favor.

“She died with a constancy, even to cheerfulness, that struck all who saw it. She said charity was a part of her religion as well as faith; this at worst as feeding an enemy. So she hoped she had reward with Him for whose sake she did this service, how unworthy so ever the person was who made so ill a return for it. She rejoiced that God had honoured her to be the first that suffered by fire in this reign, and that her suffering was a martyrdom for that religion which was all love. Penn the Quaker told me that he saw her die. She laid the straw about her for burning her speedily, and behaved in such a manner that all the spectators melted in tears.”

This execution took place October 23, 1685. When she left the prison for the place of burning, Mrs. Gaunt gave a paper to the keeper of Newgate, from which I extract the following paragraphs:

“Let none think hard or be discouraged at what hath happened unto me; for He doth nothing without cause in all that he hath done unto me; He being holy in all his ways and righteous in all His works; and it is but my lot in common with poor desolate Zion at this day. Neither do I find in my heart the least regret for anything I have done in the service of my Lord and Master, Jesus Christ, in securing and succouring any of his poor sufferers that have showed favour, as I thought, to his righteous cause; which cause, though it be now fallen and trampled on, yet it may revive, and God may plead it at another time more than ever he hath yet done, with all its opposers and malicious haters.

“And I desire to bless His holy name that He hath made me useful in my generation, to the comfort and relief of many desolate ones; that the blessing of many who were ready to perish hath come unto me, and I have helped to make the widow’s heart leap for joy. And I bless His holy name that in all this, together with what I was charged with, I can approve my heart to Him, that I have done His will, though it doth cross man’s.”

“Having mentioned several persons engaged in the prosecution, whose malice and cruelty had aggravated her sufferings, she proceeds:

“’All which, together with the great one of all [James II], by whose power all these and multitudes more of cruelties are done, I do heartily and freely forgive, as against me; but as it is done in an implacable mind against the Lord Jesus Christ, and His righteous cause and followers, I leave it to Him who is the avenger of all such wrong, and who will tread upon princes as upon mortar and be terrible to the kings of the earth.’”

<<Back to Articles Page 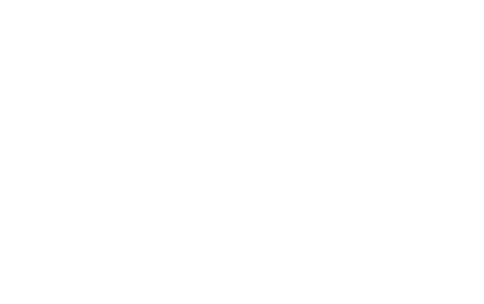